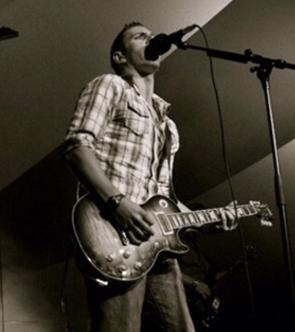 Doug Stewart has been playing guitar for over 25 years. It all began when a fourteen year old boy was inspired by the music of Jimi Hendrix and Stevie Ray Vaughan. Doug has a University degree in psychology and more specifically its application within the criminal justice system. Doug has received formal guitar training over the years in addition to his experience playing in several bands and as a one man show.

More recently, he has become his toddler son’s birthday party entertainment as a singing and guitar playing banana. He owns six guitars and brings his baby Taylor guitar everywhere because he can’t bear to be away from playing even one day.

He enjoys teaching adults and children alike, and particularly has experience with children with learning disabilities. His previous employment with mentorship of University students and volunteer work with Big Brothers has furthered his teaching abilities. He believes music to be a great communication tool. He plays for many charities locally and in his hometown of Deep River.