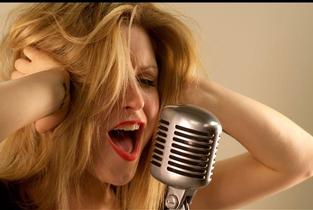 Emma O’Gorman has been singing and composing her own original songs since the age of seven, and been associated with the Ottawa Vocal Academy since the age of 14.
Growing up as a particularly shy child, Emma began to teach herself to play guitar and compose her own songs as a means to combat nerves at a very young age, which set in place a lifetime love of songwriting.

Inspired by confessional songwriters such as Joni Mitchell, Alanis Morissette and Fiona Apple, starting in 2011, Emma taught individuals between  the ages of 6 and 17 at Fat Dog Productions (now “The Music Factory”) as both a vocal instructor and songwriting coach, for private and group lessons in a band setting.

Since graduating high school, Emma has relentlessly pursued her passion for music and songwriting, never tiring of seeking new opportunities to perform or better her craft. As well as self producing and releasing several EPs since 2014, Emma recently worked as a co-writer on pop tracks for both P!NK and Kim Petras over the summer of 2018. Though she has since departed from her previous band, TAXI, her self written songs have been played on radio stations all over the world including the United Kingdom, Tokyo and Ireland.

She continues to find inspiration from pop, musical theatre, jazz and folk artists. While she considers herself an old soul, Emma is a dedicated and thoughtful teacher whose goal is to harness and hone individual talent and creativity while establishing confidence as a performer. “

Emma is also a graduate of the Ottawa Conservatory of Music's Teacher Training Program.