Tricia is an accomplished musician with more than a decade of experience in the industry including studio sessions, on-stage performances, and working behind-the- scenes as a songwriter and artist manager. She has been showcased as an artist and performer at many of Montreal’s prestigious venues such as the Olympic Stadium for FIFA’s 2015 Women’s World Cup and the Centaur Theatre singing the National Anthem. She’s done it all; from children’s Sing-A-Longs, to starring in WISTA’s The Addams Family as Wednesday Addams, international collaborations, piano accompaniment, working at Musical Theatre Day Camps, and even releasing an album as a solo artist.

Tricia began her musical journey in 2005 by taking private lessons at Bluenote Music School in Brazil and furthermore pursuing Education and Music at McGill University in Montreal, specializing in the genres of Musical Theatre, Pop, and Rock. She is highly praised for creating a strong bond with students and working above and beyond as a vocal coach, mentor, and strong supporter of local talent. She encourages a relaxed learning atmosphere, while also pushes you to recognize your potential. If you’re looking for someone to boost your confidence, polish your technique, and guide you to put on the performance of a lifetime, Tricia’s your go-to gal. 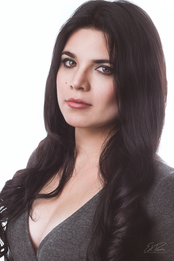