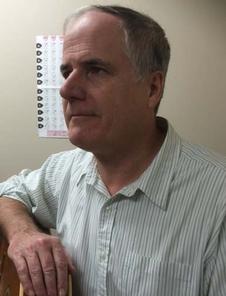 Richard has taught at the Ottawa Vocal and Dance Performance Academy on a part-time basis for four years.  He has been playing the guitar since his teens and is familiar with both pop and folk music, especially from the 60's and 70's.  Richard is also a classical guitar player who studied with the Royal Conservatory of Music  and has successfully completed Grade 9.  In 2009 he was awarded a silver medal for Grade 6 Guitar.